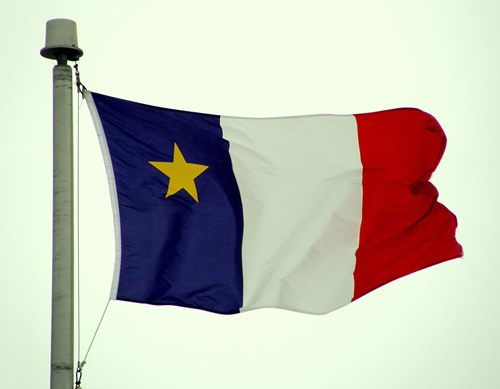 The History of the Acadian Flag

The Acadian flag was proposed by Abbot Marcel- François Richard in 1884, and his presentation is translated as follows:

“The tri-coloured flag is the flag of France, the country from which all Acadians are descended. This flag only tells Acadians that they are French and that France is their motherland. However, I also want Acadia to have a flag which reminds the children of Acadia that they are not only French, but they are also Acadians…..

The yellow star located in the blue section represents the star of Mary, Stella Maris, Patron Saint of the Acadians, and serves as a crest in the Acadian flag…”